Danger Is Closer Than You Think 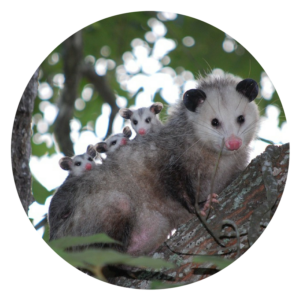 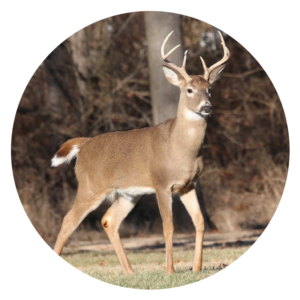 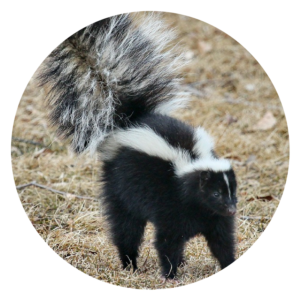 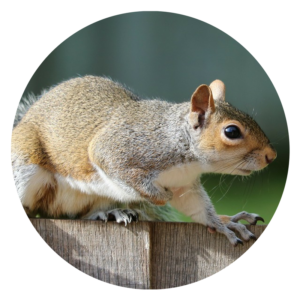 Living in Northern Kentucky we encounter many different types of wildlife. We have deer, turkey, skunks, raccoons, opossums, squirrels – okay so maybe our wildlife isn’t exactly exotic, but there are definitely some things that we need to keep in mind. Many of us walk our dogs or have someone walk them for us when work and family schedules get a little too crazy. Walking a dog is a true bonding experience, not to mention great exercise. Whether walking through a neighborhood or maybe on a natural trail there are things we tend to be on the look out for that may cause a hiccup in our walk. Watching for other people walking their dogs, off-leash dogs, cats and squirrels are some of the most common doggie distractions or potential problems. Usually these events resolve without much incident and you go on your way.

But what about coyotes?

I suppose most of us wouldn’t even consider coyotes a threat while walking through their neighborhood or subdivision. Wildlife like coyotes and deer stay away from heavily populated areas – right? Well, not quite. I thought that very thing until rather recently with two incidents that occurred while I was walking dogs for some of the folks that use our dog walking service.

The first was in a rather large subdivision where I was more than accustom to seeing the typical hurdles like other dogs and squirrels. Due to some construction I decided to walk the pair of dogs down a different route than I normally took. It was beautiful! There were hardly any other dogs or people and it was so peaceful. Just as I was thinking to myself, “I should really take this way more often..” I looked to my left and what I saw was something out of a horror movie (or at least it felt that way in the moment). Between a break in the houses, from a small tree-line emerged one of the largest bucks I had ever seen first hand. He had to have had at least a 10 point rack and was absolutely enormous. Now seeing a deer, particularly a buck, from a house or your car is a very different experience than seeing one about a stones throw away. My first concern was the two dogs that I was walking. They both were notorious for barking at other dogs, squirrels, cats, cars.. the wind. I did not want them to spot the deer, begin barking at him and he come charging at us. So I quickly unglued myself from the sidewalk and picked up their pace, talking to them all the while to try to distract them. Lucky for me, they were too busy sniffing and peeing on mailboxes to have noticed the deer. When we came to the cal-da-sac, we were forced to go back the way that we had come and I’ll admit part of me wanted to scoop up a dog under each arm and run them back to their house as quickly as I could. We came closer and closer to the area that the buck had been. I would have walked on the other side of the street, but in this part of the subdivision there was only sidewalk on one side – just my luck. Much to my relief, the deer had moved on and we continued our walk per normal.

About a week after the first incident, I was walking another dog. This time I was in a city, where he and I faced a lot of the same types of distractions as seen in the subdivision but there was certainly a lot more traffic on top of everything else. We were wrapping up our adventure together and beginning the journey back to his home. He was a little bit spun up from another dog that we had seen at the park we were walking in so he wasn’t as calm as he usually was for the walk home. We had made it maybe about halfway home when we turned a cornered and my breath immediately caught in my chest. Another buck! In the middle of the street! In the city! Granted this one was small compared to the first deer I had encountered, but never the less it was not something I expected to see in the city. I shortened up my canine companion’s leash, we did an about face and turned down another street instead. Again, I got extremely lucky that the dog I was walking didn’t have a chance to notice the deer or things could have turned out much differently.

Though my two experiences are about deer and, thankfully, not coyotes the point still remains: Wildlife is much closer than you think. Being aware of your surroundings and knowing what to do in these types of situations could not only keep your dog safe, but keep yourself safe as well. In an interview done by Dogster.com with Justin Brown of the National Park Service he says:

“I recommend whenever you are dealing with pets to always behave as if coyotes are around, as they probably are. Coyotes are very adaptive and are using urban areas. It makes it important if you want to keep your animals safe to monitor your animals when they are outside, even inside fenced yards.

For dogs, we recommend keeping them on leash when you are walking them. For cats, we recommend keeping cats indoors, or if you need to let them out to keep them on leash or at least within your yard. To minimize the potential for an attack, ensure you keep items that coyotes view as food out of your yard. To not attract them to your neighborhood, ensure that you secure your garbage, pet food, bird feeders, compost piles, vegetable gardens, or any other place you may unintentionally be feeding coyotes.

If coyotes approach while walking a pet, it is best to yell at the coyote and pick your pet up prior to the coyote getting close, if possible. Be sure to act aggressive and let the coyote know you are the larger animal. Slowly back away with your pet while continuing to watch the coyote.“